To close out 2019, the husband and I decided to do an all-inclusive Cancun resort vacation. Although we typically don’t do all-inclusive trips (this was his first time), we figured a leisurely vacation where we didn’t have to think about anything and could just show up was a good way to relax.

We booked our trip through Southwest Vacations, which included the flight, all-inclusive hotel package, and airport transport. It was a good deal but we wouldn’t do it again for a couple reasons:

We chose the Grand Palladium Costa Mujeres resort because of the high ratings through Southwest Vacations and it is apparently the newest resort in Cancun right now, barely a year old.

What We Liked About It

What We Disliked About It

There are 7 total, not counting the breakfast buffet, and we tried 4 of them. The interior design and furniture in each restaurant is beautiful and well-thought-out, but unfortunately, the food wasn’t very good.

Poseidon: Seafood buffet. This one we didn’t have time to try but maybe we should have.

El Dorado: A steakhouse, and the best food out of all the restaurants we tried. It was pretty much like a Black Angus. The prime rib we ordered was well-done instead of medium-rare but wasn’t too big of a piece and tasted decent.

Sumptuori: The Japanese restaurant that featured a sushi bar downstairs, tepanyaki upstairs, and a rather odd a la carte menu. One of the items was salmon roe with scrambled eggs (yikes). We went for the sushi bar on our first night and it was pretty dismal. The tuna was so dry it almost tasted like jerky. On our last night, we did the tepanyaki just for fun. There was way too much butter, garlic, and soy sauce on everything, but we knew what we were getting ourselves into and just wanted to enjoy the show.

Bhogali: Indian cuisine. We were not able to squeeze this in because we started eating outside of the resort (which was probably a really good move). 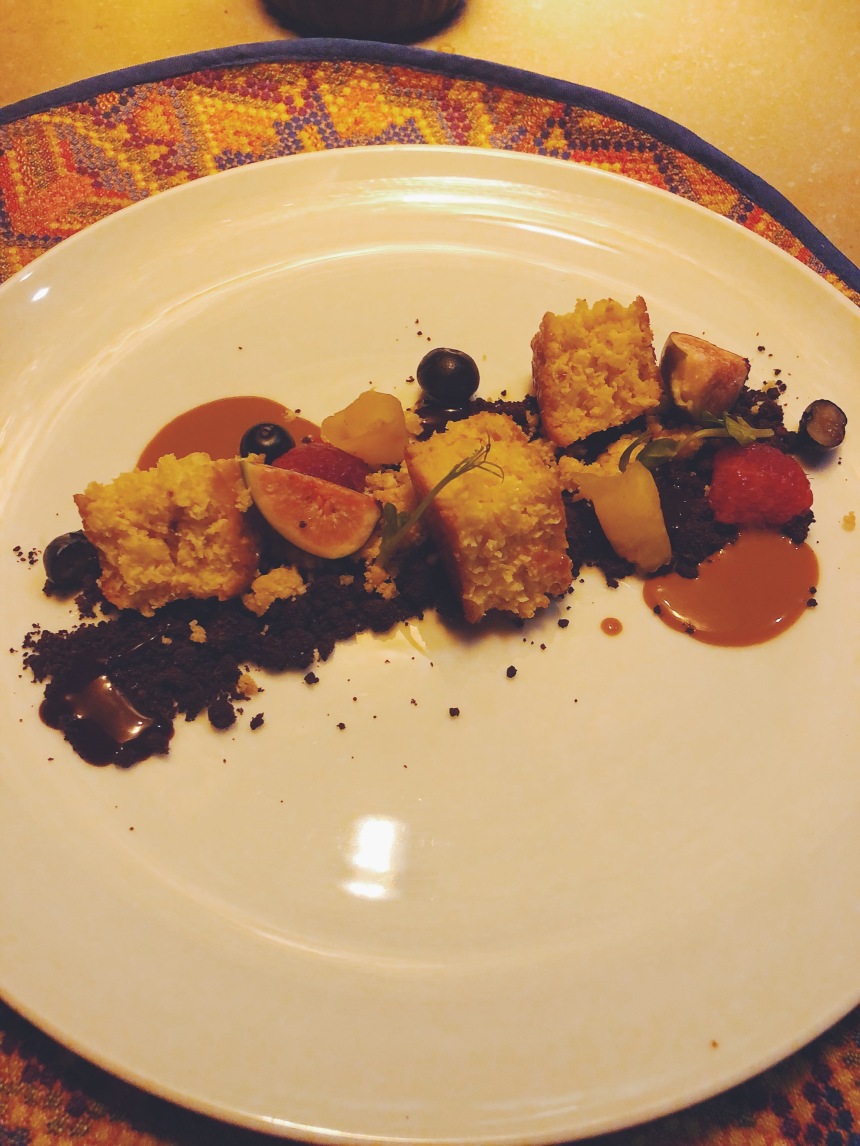 La Adelita: We had our Christmas Eve dinner here. This restaurant had my favorite interior decoration, with the walls lined with Calavera skulls. Their menu has a variety of ceviches, mole, and a Yucatan suckling pig. Since it was Christmas Eve though, we had the holiday menu which was a bowl of pumpkin soup, lobster, and a fig and cornbread dessert.

Pro tip: There’s a health bar on the top floor of the spa that serves fresh juice and breakfast items. There’s a beautiful infinity pool with a view of the grounds and the ocean.

The husband and I enjoyed the health bar the most. Heading up there after enjoying the spa amenities (I especially liked the salt and snow rooms!) was one of the best experiences staying at the resort. Otherwise, I recommend eating out while you go on excursions outside of the resort. Isla Mujeres, the island that’s a short ferry ride from the resort, has great local restaurants.

Finally, room service isn’t a bad choice if you just want to enjoy your room. Order a bottle of champagne and get the nachos while you use the jacuzzi on the balcony. 🙂