I have a history and a lot of love for this restaurant. Hatchet Hall is the replacement of what used to be Waterloo & City, which was also one of my favorite restaurants in Culver City. Waterloo & City opened in 2010 and was a tavern-style restaurant serving British pub fare. 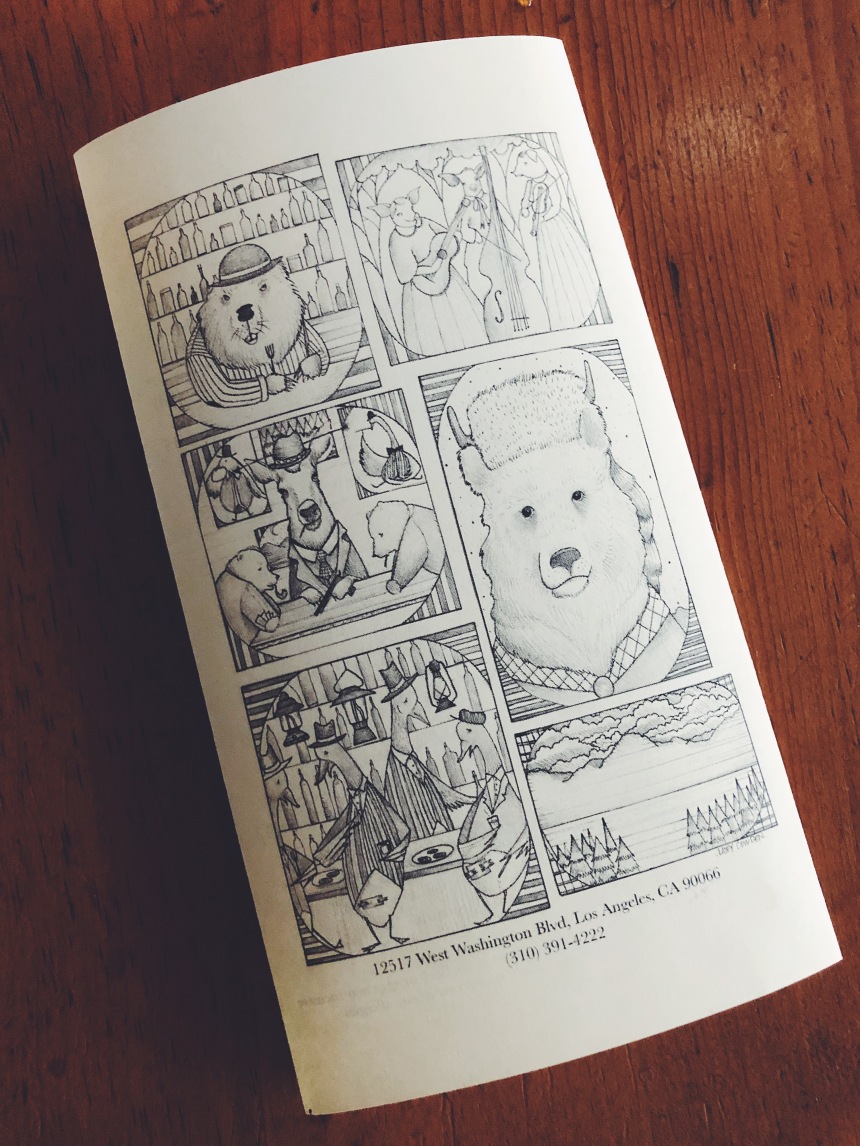 So of course when it was announced in 2014 that Waterloo & City was closing, that was a sad day for me and many other westside locals. Luckily for Chef Brian Dunsmoor and former diners of Waterloo, Hatchet Hall doesn’t disappoint. The restaurant itself maintains a similar vibe as its predecessor, with some added “hunter” decorations by way of taxidermy and cow hides. My first visit after Hatchet Hall officially opened was a pleasant one in my memory, since it was a couple years ago. The country ham and milk rolls with sweet butter definitely made an impression.

Last night I went there again and had a similar, enjoyable experience.

Here’s what we ordered:

I went with the Firing Squad cocktail. It was mescal-based mixed with pomegranate, lime and a splash of Lambrusco. The orange peel went a long way in adding freshness to the drink. My friend ordered the Flaming Lips, also tequila-based mixed with lemon and fire water, which she very much enjoyed.

Citrus, chicory, hazelnut vinaigrette, farmer’s cheese salad – this salad was a feast for the eyes. I loved the crunch of the hazelnuts in the vinaigrette. The citrus was a little bit on the bitter side for me, and towards the end of the night, the dish got a bit soggy. Next time I’m curious to try the pea tendrils, which are new on the menu right now. 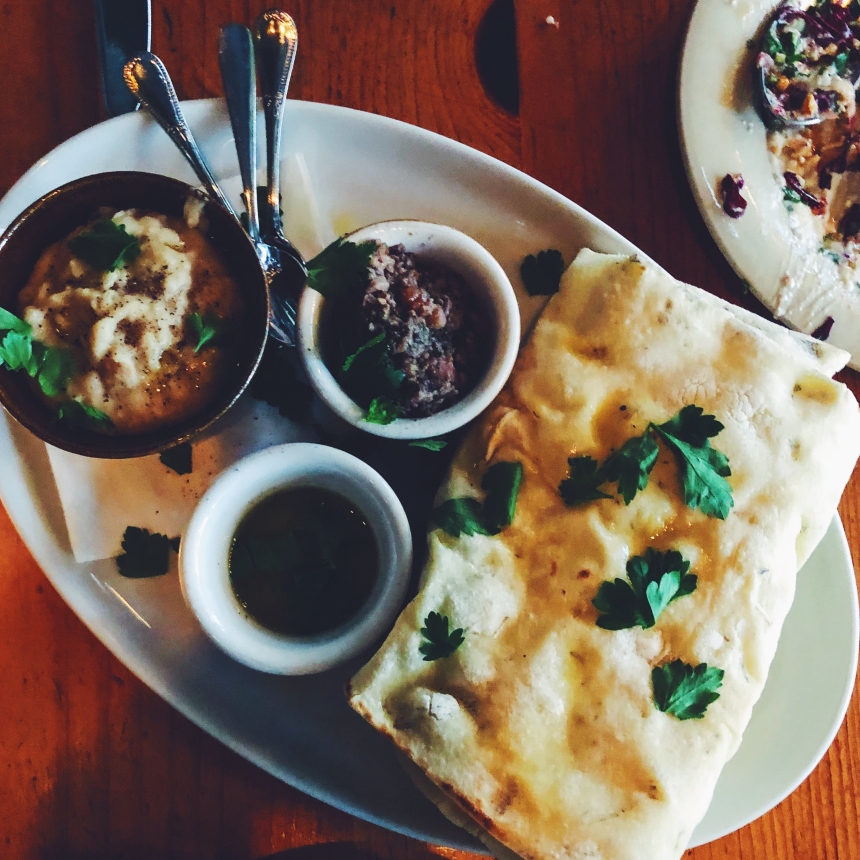 Ash Bread – this is also a new addition to the menu, and our server actually explained that this dish has been in testing and is just being served now. The bread is made in-house and served with really good olive oil, a bean paste dip and an olive dip. It’s a very simple dish but it’s so good. The ash bread is a hybrid naan / flat bread creation that is one big sheet, rolled up and folded on your plate. We just tore into it and tried the different dips and oils. It’s crisp on the outside with a chewier middle. Loved this.

Grilled Duck Breast, smoked duck fat, honey, fried rosemary – Okay, this dish was so good. It’s definitely an indulgent. You get these thick cuts of perfectly grilled duck breast, pink the middle, sitting in this duck fat, honey oil. I mean, I just named a lot of delicious components. This is definitely a go-to and usually on the menu and it’s clear as to why. It is like eating really good steak, but is slightly lighter because it’s fowl vs cow.

All in all, a really good visit back to Hatchet Hall. I do want to go back again because the white cheddar corn bread caught my eye, and I’d love to try the grilled whole seabass.

Highlights from Maui 🌺
I’m a sucker for making season-themed boards 🎃
This meal took us back to when we were in Cuba 2017
Brunch with sister 🍳
When it’s over 100 degrees over Labor Day weekend, shovel some mango melon 빙 수 🍈
I woke up and thought of you and now we’re spending the evening together, lovely sushi bowl 🍣 🍚
Loading Comments...
%d bloggers like this: